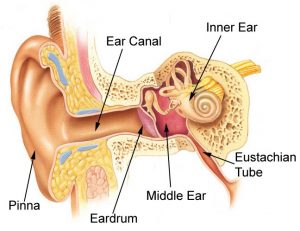 Hearing loss is the third most common physical condition, after heart disease and arthritis, reported in western countries. Approximate 20% of the population reports some notable degree of hearing loss, 60% of whom are in school or active in the workforce. Broadly, hearing loss is classified into Conductive, Sensorineural or Mixed Hearing Loss. Conductive Hearing loss arises form disorders of the outer or middle ear structures while Sensorineural Hearing Loss is associated with damage to the structures of the inner ear that translate the physical vibrations of sound into nerve impulses that transmit the perception of sound to the brain. Mixed Hearing loss is a combination of these factors.

Treatments for hearing loss include surgery for appropriate cases, and the use of hearing aides. There are currently no approved drug treatments for hearing loss. Otologic Pharmaceutics Inc. (OPI) is developing its lead oral medication HPN1010 to treat acute episodes of Sensorineural Hearing Loss to prevent the development of permanent hearing disorders. Initial work is focused on Noise Induced Hearing Loss (NIHL), which is being followed closely by research to reduce Cisplatin or Carboplatin Induced Hearing Loss (CIHL).

People of all ages, including children, teens, young adults, and older people, can develop noise induced hearing loss (NIHL). Approximately ten percent of Americans between ages 20 and 69 or 22 million Americans already may have suffered permanent damage to their hearing from excessive noise exposure. Exposure occurs in the workplace, in recreational settings, and at home. Recreational activities that can put someone at risk for NIHL include target shooting and hunting, snowmobile riding, woodworking and other hobbies, playing in a band, and attending rock concerts. Harmful noises at home may come from lawnmowers, leafblowers, and shop tools. (National Institute on Deafness and Other Communication Disorders)